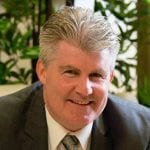 Dan DuBay, Director of Magnet Concert Bands and AP Music Theory, is currently the conductor of
the Howard W Blake School for the Arts Wind Ensemble, and Symphonic Band. Mr. DuBay received
his bachelors degrees in Music Education from the University of South Florida. His teachers included
Dr. William Wiedrich, Dr. Mallory Thompson, Dr. Art Woodbury, and Dr. Chuck Owen. Mr. DuBay is
a graduate of Cooper City HS in Ft. Lauderdale, Florida. Mr. DuBay is currently in his 21st year of
teaching. During his tenure at Durant HS, the band was invited to perform at Carnegie Hall, the BOA
National Concert Band Festival, Gatlinburg, Tennessee and represented Florida in the Fiesta Bowl in
Phoenix, Arizona three times. Mr. DuBay accepted the concert band position at Blake HS in 2010. The
Blake HS bands have consistently made superiors at both the District and State Levels. Mr. DuBay has
been awarded the Teacher Of The Year honors twice by his peers. He is a member of FBA, FOA,
FMEA, and FMBC. Mr. DuBay is a certified FBA adjudicator in the areas of marching, concert, jazz,
and solo/ensemble. He has conducted clinics and been an all county clinician for many bands all over
the State of Florida. Mr. DuBay and his wife recently welcomed little Emily DuBay into the world on
September 9, 2016. 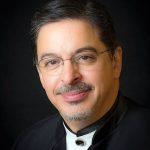 Alexander Jiménez serves as Professor of Conducting, Director of Orchestral Activities, and String
Area Coordinator at the Florida State University College of Music. He has served on the faculties of
San Francisco State University and Palm Beach Atlantic University. He has degrees from Baylor
University (B.M.) and The Florida State University (M.M., M.M.E, and D.M.). Jiménez studied with
Phillip Spurgeon, Michael Haithcock, and the late Anton Guadagno. As a former percussionist and
timpanist, he studied with Gary Werdesheim, Larry Vanlandingham, Keiko Abe, and Cloyd Duff.
Jiménez is active as a guest conductor, teacher, and adjudicator throughout the United States and
Europe where he has appeared in Austria, Belgium, the Czech Republic, Israel, and Italy. Since 2009
he has served on the international jury panel of the European Festival of Music for Young People in
Neerpelt, Belgium, and in 2013 was named International Festival Ambassador. Dr. Jiménez is in
demand conducting honor and all-state orchestras throughout the U.S. In Tallahassee, he appears
regularly as guest conductor of the Tallahassee Symphony Orchestra and has served as the music
director of the Tallahassee Youth Orchestras since 2000.

There are no upcoming events.