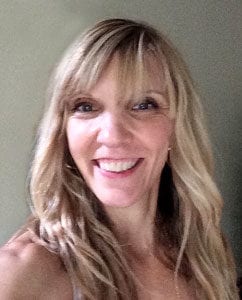 April has been with MusicRecruiting since it was just an idea. Her background working with large organizations will be instrumental in making what MusicRecruiting will soon become.

April will be in charge of marketing the site to colleges, companies and music organizations around the country. Her experience with companies such as Carrabba’s Italian Grill, the Tampa Bay Lightning, Ruth Eckerd Hall Performing Arts Center, and WQYK Radio will bring a special talent to MusicRecruiting. Her work in marketing to large markets and around the country will help  bring MusicRecruiting to the national spotlight quickly.

April is no stranger to the arts and music, as she was a member of the band beginning in middle school and has volunteered with several charitable organizations over the years that support the arts.

April now resides in southern New Jersey, just outside of Philadelphia with her two children and Lily, her rescued lab. She is a graduate of Florida State University and is an avid ‘Noles fan.

April enjoys an array of activities, especially cheering on her son’s football and lacrosse teams and her daughters gymnastics team. 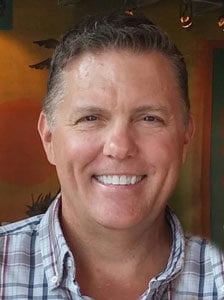 Troy has also been with MusicRecruiting since the beginning. Over the years, Troy has produced the high school state championships in Florida, South Carolina and North Carolina and during that time was approached many times by companies that specialized in sports recruiting. Soon Troy made the move to working with school music programs all around the country.

Troy will work closely with April Rosenberger to get the word out about the first site to focus solely on helping high school music students find the best college to continue their music education. This will include producing how-to videos, interviews and events that will assist each student in their search.

Troy got his production start in the United States Air Force where he worked with motion picture and television productions. He then worked for several television stations and many other organizations such as the Tampa Bay Buccaneers, Tampa Bay Lightning, YEA/USBands, Fox Sports, Home Shopping Network and many others.

Troy attended the University of Central Florida in their Television Broadcasting program and currently lives in St. Petersburg, Florida, so he can be near the water. He also enjoys playing golf, softball and riding his bike. He has two children, a daughter in college and a son in high school. 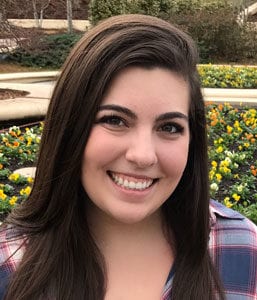 Leah is currently in her 4th year at the University of North Florida in Jacksonville, Florida.

Through a scholarship from UNF she was able to attend the Coggin School of Business and the College of Arts and Sciences. She plans on majoring  in Public Relations while receiving a minor in Political Science.  In Her Freshman year at UNF she served as a Senator in the Student Government and is an officer in the  Delta Gamma Sorority.

In high school she was the Senior Class president, served as a Lieutenant Governor at the Florida District Of Key Club International and was able to attend a conference in Washington DC where she met Senator Bill Nelson.  She was a camp counselor at the local YMCA and a member of the choir and volleyball team.

Leah plans on continuing her education by pursuing an MBA after her undergraduate work at UNF. We welcome Leah to our team and look forward to her enthusiasm and energy to Music Recruiting.

There are no upcoming events.